This piece from The Belle Jar relates to my writings on Persepolis, “The Eggs and Us: The Abortion Wars Rage On,” and “We Asked 22 Women Why They Take Birth Control And These Are Their Answers”. I’m woefully uninformed when it comes to international politics, so I found this post extremely illuminating and entertaining.

I hope you do too!

I think that we can all agree that the main problem with Canadian history is that men are just way too underrepresented. Take our money, for example. I mean, the queen is on all of our coins! What kind of misandry is this? Sure the five dollar bill boasts our old pal Wilfred Laurier, and the ten dollar bill shows everyone’s favourite confederation-loving racist Sir John A. Macdonald, and the fifty dollar bill has séance-holder and dog enthusiast William Lyon Mackenzie King and yeah, fine, the hundred dollar bill is devoted to Nova Scotia’s good ole boy Sir Robert Borden, but I mean, come on. Queen Elizabeth II graces all of our coins and our twenty dollar bill. Every time you open your wallet it’s just ladies ladies everywhere and nary a dick in sight*.

If you’re not seeing the feminist conspiracy that’s clearly at play here, then you must have taken the…

This is the time of year we celebrate our country’s revolt and ultimate freedom from England by stuffing our faces with hot dogs and allowing small children to handle flaming sticks. I kid! I kid because I love. As surprising as it might seem to some pundits and various other douchebags, progressives and liberals (like myself) are not automatically anti-America or unpatriotic. On the contrary, I love my country. I’m not pointing out its flaws to be bitchy; that’s just a perk. No, I’m doing it because I want to make my country better, a place that reflects my own values. A place that is safe for women.

More than anything else, I respect America’s goal to give every citizen freedom. I say “goal” because this principle only works in theory. In practice, women, racial minorities, the LGBTQ community, the working class, students, non-Christians and many others do not have the automatic freedom that our leaders keep harping on about. Usually, I feel somewhat optimistic about all of this. I think Hey, it’s 2014! Sooner or later we will all wake up and demand justice and equality for everyone. Unfortunately, two recent Supreme Court decisions have dampened my faith in America and its dedication to women’s rights and freedom. It’s hard to be all USA! USA! USA! when future employers are completely within their rights to deny coverage for my contraception, and it is possible that going to a Planned Parenthood clinic (for a variety of reasons) would result in verbal and/or physical abuse. 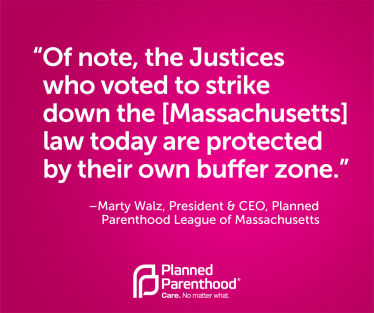 But just when I am tempted to sit in my room and cry because two major decisions that affect me and every American woman have been disproportionately influenced by five old, saggy white guys, I remember Gail Collins. She is an op-ed columnist for the New York Times and one of the few journalists who balances wit with biting political analysis. She and Nate Silver got me through the last election, but that is neither here nor there. Her June 27, 2014 column is entitled “The Eggs and Us: The Abortion Wars Rage On” and discusses the now-defunct buffer zones and the then-upcoming Hobby Lobby Supreme Court decision.

Here are some of the best tidbits if you are too lazy (shame on you) to read the whole thing:

If you are also ready to start picketing the Supreme Court due to their increasingly shitty choices (from 250 feet away, of course), then I highly recommend reading this and all of Collins’ future op-ed writings. She covers current events and contemporary politics in a sensible, funny, never-bitter style. You should also pick up a copy of When Everything Changed: The Amazing Journey of American Women from 1960 to the Present. It will piss you off, inspire you, and inform you about our women’s amazing strides and devastating failures throughout the past 54 years. It totally changed my life.

That’s all, folks. I hope you have a wonderful Fourth of July! Appreciate all of the opportunities that the United States has given you. And never stop reaching for the equality and freedom that you were promised and deserve. I’m gonna Google Obvious Child for the twentieth time. 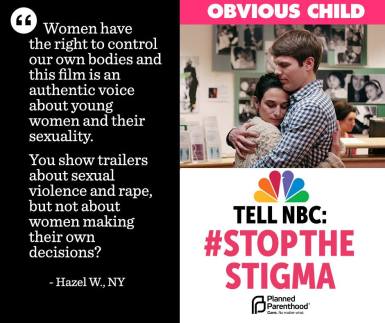 “In the days of anarchy, it was freedom to. Now you are being given freedom from. Don’t underrate it.”

—The Handmaid’s Tale by Margaret Atwood

As of last Tuesday, the Alabama House passed radical restrictions on a woman’s access to safe, legal abortion in that state. This new legislation prohibits abortion once there is a fetal heartbeat. That means a woman cannot make the choice to be a mother after the first five or six weeks of her pregnancy. In other words, she might not even realize she is pregnant until after it is too late to make a decision.

This disturbs me for several reasons. If you have been paying attention to me at all, you probably have guessed that I am pro-choice and a feminist. So any law that restricts a woman’s personal liberties sends me round the bend. I also resent the hypocrisy. Not to completely generalize, but many anti-choice politicians are also the individuals who oppose government imposition on people’s individual freedoms. Don’t you think the freedom to make choices about your own body is just as important as the freedom to buy a gun? Finally, it pisses me off that so many of these anti-choice politicians block free access to condoms, birth control, and emergency contraceptives. Bottom line: If you want fewer abortions, make it easier to have fewer unwanted pregnancies.

Why am I going off on this political, probably controversial rant? Because I want to live in a society where I don’t have to worry about being restricted and repressed because of my gender. I don’t want to have to make a devastating decision, like the one Marjane Satrapi was forced to make.

In the course of Satrapi’s graphic narratives Persepolis I and Persepolis II, Marji leaves her homeland, Iran, twice.* She loves her home and her family, but she can no longer bear the oppressive regime and the radically conservative views about women, their role, and their sexuality. In order to be who she is–independent, outspoken, stubborn, sexually agentic, a punk music fan–Marjane has to leave Iran permanently. She does not want to be compelled to wear a veil, practice a religion, act submissive, or hide her true self. Even if she is spiritual and understands why some women wear the veil, she resents religion being a government requirement. As Marjane grows as a person, the Iran she knew devolves into nothing but a memory. The new regime is not safe for an Outside Girl.

Forcing a woman to wear a veil, practice a religion, and prohibiting her from choosing her own clothes, makeup and music is different than denying a woman access to a legal abortion. What Satrapi experienced is an example of extreme government intervention into a woman’s life. Marjane’s very behavior is subject to punishment. But we, as a culture, should not get up on our high horse. The U.S. might seem like the land of liberty and individuality, but denying women the right to choose is not that far away from controlling the way they live their lives. Our plight is not as difficult as Marjane’s, but restricting one right makes restricting others easier.

We like to think of ourselves as a progressive culture, as a free country. But we also have debates about women’s rights on a daily basis. I have the emails from Emily’s List and Planned Parenthood to back me up on this. We’re really not so different from many of the cultures that we condemn as backwards or medieval. We might scoff at the way some countries treat their women, but are we really that far away from being like Marji? No one is making me practice Christianity, but the religious beliefs of some lawmakers seriously affect me and women like me.

Before Marjane leaves Iran for the last time, her mother tells her “You are a free woman. The Iran of today is not for you. I forbid you to come back!” Her mother is right. Even though Marjane loves her country and many of Iran’s customs, she cannot fit in. Marjane is a born rebel, an outsider. After all, as Jennifer Worth opines, for Marjane “the margin is clearly not a negative place, but quite the opposite; it is ultimately a place of freedom, where living on her own terms and performing her own journey is finally possible.” She enjoys being different from the crowd and basks in her own distinctive identity. Unfortunately, being an Outside Girl doesn’t just separate her from the crowd. Her otherness puts her in mortal danger. Marjane’s choice to completely be herself results in more than social ostracism; it marks her as a government subversive.

*Please be advised: I think everyone should have the right to do what makes them happy, but no one should force them into anything. I have no intention of insulting Iran or its people. And I do not wish to stereotype Islam or anyone who chooses to wear the Hijab. Just because there are a few extremists in one nation or religion does not mean that we should write off the entire community. I am only reiterating Satrapi’s story and trying to defend women’s rights around the globe.